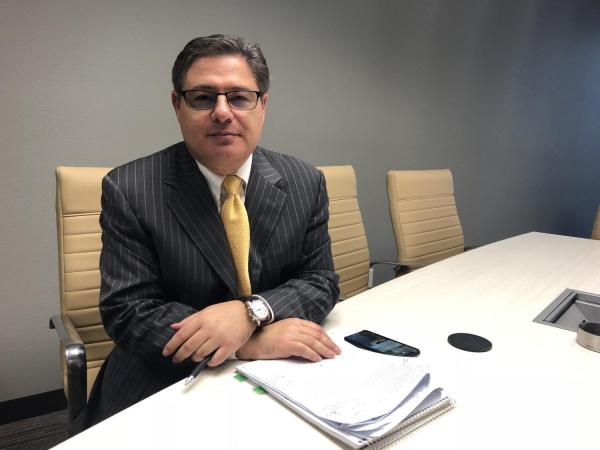 To describe Rob's legal career as an adventure would be an understatement. Designated a “lawyer’s lawyer” well before he could appreciate the significance of that moniker, Rob immersed himself from the outset in some of the most complex, high-stakes business disputes ever to hit the appellate and trial court dockets. And he has never looked back.

Groomed at two of New York City's most distinguished full-service commercial law firms before relocating to Phoenix in 2003, and thereafter elevated to equity shareholder at one of the largest firms on the planet before co-founding Mandel Young, Rob has devoted the past 26 years to the pursuit of victory for his clients, whether in the courtroom or at the settlement table. Those clients have included some of the largest companies and high net-worth individuals in Arizona, throughout the United States, and abroad.

Having earned the respect of peers and clients alike for his case assessment and advocacy skills, strategic acumen, work ethic, and dedication to meeting the highest standards of the profession, Rob has been selected to Super Lawyers Magazine's Southwest Super Lawyers® Lists every year since 2014 and to the Arizona's Finest Lawyers roster of sustaining members. Rob was recognized by his peers in Best Lawyers in America© in 2020 for his appellate practice. He has also enjoyed a Martindale-Hubbell® Peer Review Rating™ of AV Preeminent® (5.0 out of 5.0) in his field since 2007.*

Rob believes that appellate and trial court litigators can enhance their effectiveness only by wrapping their professional endeavors in a rich tapestry of personal relationships and intellectual, philanthropic, cultural, and spiritual pursuits. Mandel Young is the embodiment of that philosophy.

Rob has spent more than two decades tackling business, constitutional, and public law disputes in the appellate courts, including appeals of final judgments, preliminary injunctions, and other interlocutory decrees, petitions for writs of certiorari and mandamus, certified questions from the federal courts, appellate motion practice, and the representation of amici curiae.

He recently argued State v. Jones before Arizona Supreme Court, representing the petitioner and resulting in a landmark decision that Arizona law immunizes patients who use medical marijuana in the form of extracts and concentrates from criminal prosecution. In that case, the Court reversed an intermediate appellate court decision that would have sounded the death knell for Arizona's cannabis industry and vacated the convictions of a medical marijuana cardholder who was prosecuted for acquiring extract from a state-licensed dispensary.

Rob also undertakes engagements as "embedded" appellate counsel, working side-by-side with the trial team before, during, and after the trial to optimize their cases for trial or appeal. While the functions Rob serves will differ with each case, he often plays a significant role in assessing the case's strengths and weaknesses both legally and factually, formulating and refining the theme(s) of the case, composing pre-trial dispositive motions, crafting jury instructions and joint pretrial statements, presenting post-judgment motions, and handling a wide variety of other trial court level projects designed either to induce the other side to settle on favorable terms or otherwise to increase the probability of victory at trial and on appeal.

★ Persuaded Ninth Circuit to vacate natural gas company’s $60 million punitive damages award against former Arizona Corporation Commission Chairman, possibly the largest ever imposed against an individual in U.S. history at the time, as violative of the Due Process Clause of the Fourteenth Amendment to the United States Constitution. Convinced trial court to stay enforcement of judgment without a supersedeas bond during appeals.

★ Persuaded Ninth Circuit to vacate $4 million punitive damages award against former state official as violative of the Fourteenth Amendment to the United States Constitution and to determine constitutionally-permissible amount without remand.

Rob has aggressively prosecuted and defended complex commercial lawsuits in the federal and state trial courts for more than two decades. His clients have included both public and private companies in myriad industries as well as high net-worth individuals. Many of the cases have been of the "bet the company" variety. He has litigated suits involving a wide array of claims sounding in contract and tort, including fraud (statutory and common law), negligent misrepresentation, breach of fiduciary duty, intentional interference with existing and prospective business relations, unfair competition, false advertising, trademark infringement, shareholder and corporate claims, conversion, misappropriation of trade secrets, and breach of private and public contracts, including restrictive covenants, unjust enrichment, fraudulent conveyance, and construction design defect.

Of course Rob knows that clients are rarely enthusiastic about litigation. So he places great emphasis on the deployment of forceful, dispositive pre-trial motions to bring the case to an end or narrow the claims if it cannot sooner be settled.

★ Co-chaired and prevailed in three-week jury retrial of wrongful termination claim in federal court on behalf of electronics manufacturer after persuading Ninth Circuit to reverse seven-figure judgment in favor of former distributor based on trial court’s exclusion of evidence and other errors.

★ Extensive involvement in federal lawsuit in which the clients, a group of insurance companies, charged a prominent financial institution with assisting members of Enron’s management team in a scheme to induce the insurers to issue surety bonds worth approximately $1 billion by disguising loans as natural gas and crude oil transactions.

★ Extensive involvement in prosecution of three complex civil RICO actions on behalf of one of Japan's largest trading houses, charging several institutions with having aided and abetted its head copper trader in a $2.6 billion rogue trading scheme. Defended the same trading house against federal and state antitrust claims arising out of the same rogue trading debacle.